Welcome to the strategy Board Game about the battle of Singapore, 1942! 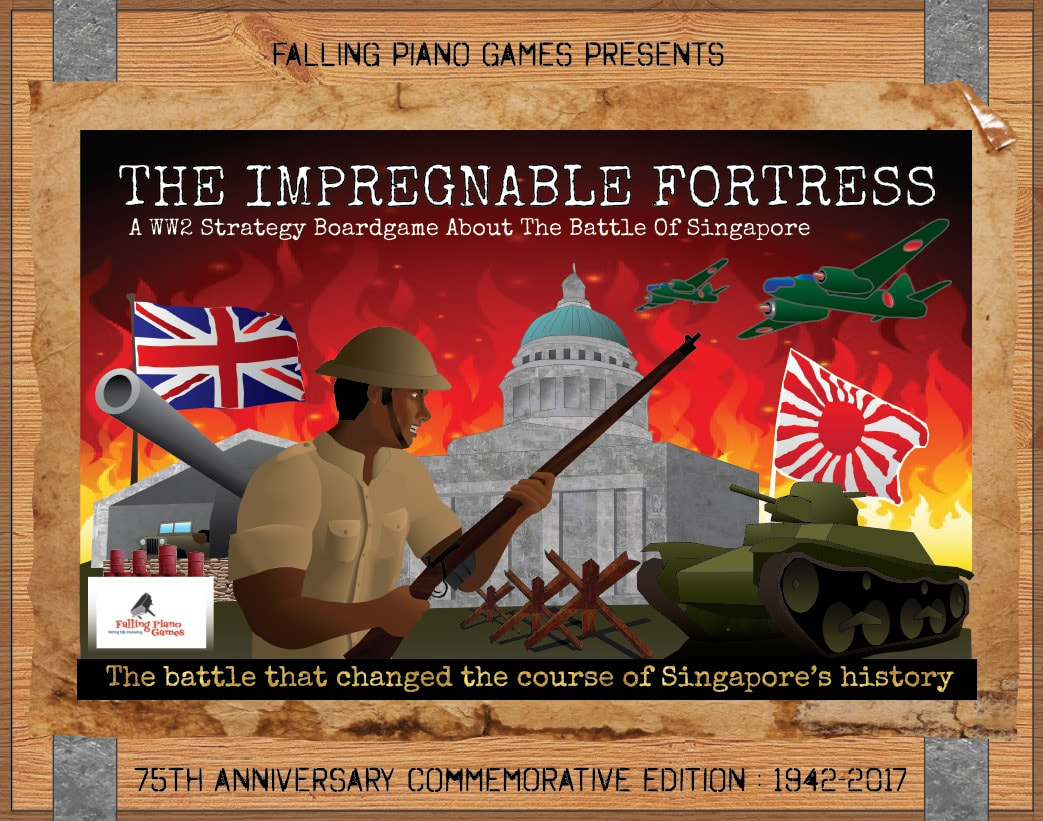 what people are saying about the game:

"The Battle of Singapore: Declared as the “worst disaster” in British military history by Winston Churchill. The Impregnable Fortress (a game based off aforementioned battle, created by Falling Piano Games): Declared as the “most pleasantly surprising” game of 2017 by Me." - Australian Tabletop Gaming Network

"I think it is very safe to say that game should be included on the shelves of every boardgame collector or even in home or office, if you want to have a break and quick game with friends."
- Dex, board game reviewer

"I think this is one of those games that make very good party gifts for like Christmas Exchanges or birthdays. This could also be easily be pulled out and played as a guest entertainer for casual events as well. I think this is a game that would easily find itself being played over and over again once you get the mechanics of it."
-Larhvin DeShadow, game reviewer

"History teachers would surely love a game like this. The QR codes on the cards that expand on that card’s title would surely be a big draw as a more interesting way to teach students about the period. People who like games with lore would also enjoy it for the same reason. Other than that, anyone looking for a simple but fun game."
- Bryan Khoo, game reviewer

"Singapore is an immediate neighbour of Malaysia. We share many similarities, and we used to be one country for about two years. A game about the Battle for Singapore has special meaning to me, because the historical event was close to where I live."
- Hiew Chok Sien, game reviewer

“I had great fun playing the game for the first time with an 8-year old boy. It’s a simple and fun way to connect the generations. I see in this game, opportunities for story telling and history sharing too.”
- Eugene Seow

“The Impregnable Fortress engages people of all ages and has a historical element that makes it very charming. My two boys have been spending hours playing it since we bought a set. Their verdict: 'it’s even better than Risk!'"
- Gloria Lim, working mother of two boys aged 8 years and 10 years

"At the launch my 10 year old son played the game three times & totally enjoyed it! It's engaging and educational fun for the family. A much needed breakaway especially for the gadgets generation!"
- Roland Lee

"A fun game that is simple in concept but devilishly dynamic that my 10-year old daughter managed to play me to a stalemate on her 2nd attempt and I wasn't letting her win either."
- Jameson Soh

"A great tactical game that is more interesting and fun than chess!"
- Razak Kader

CLICK HERE TO READ ABOUT THE GAME LAUNCH EVENT
The Impregnable Fortress is a simple, 2-player strategy game based on the Battle of Singapore that took place in January 1942. Two players compete as either the Japanese forces invading Singapore or the Commonwealth forces defending it, with the aim to defeat the other player by capturing the enemy's HQ. 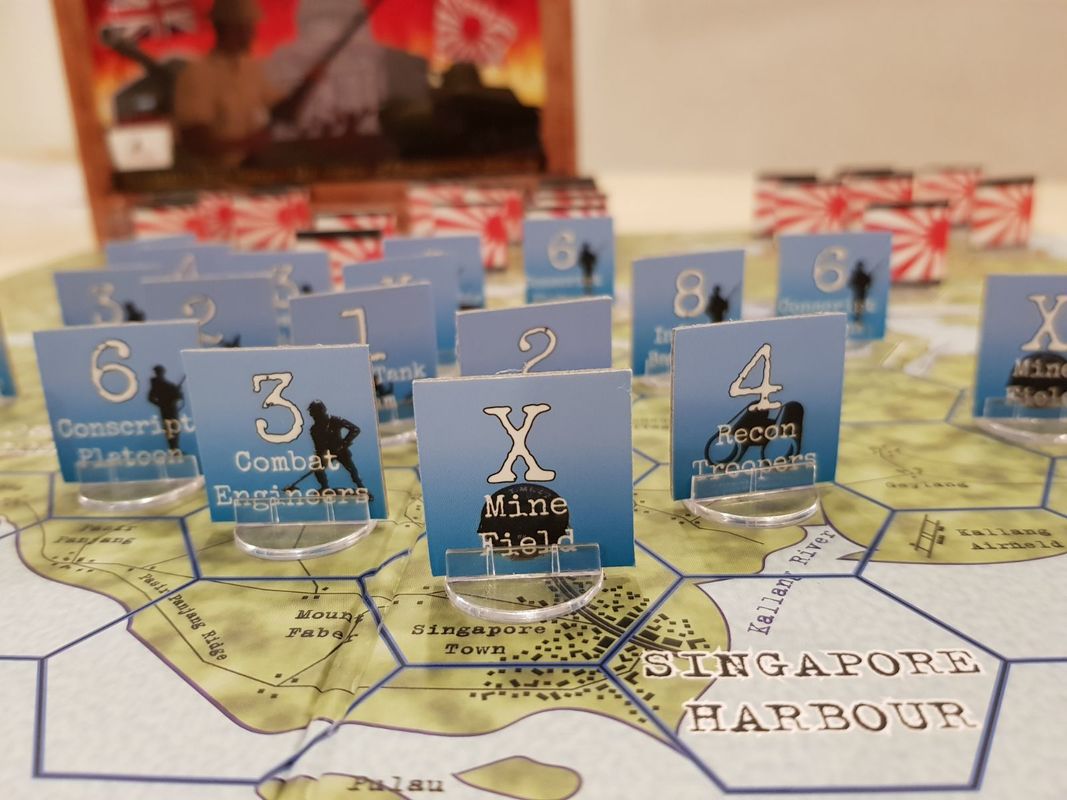 The game is played on a hex-grid reflecting an area encompassing Singapore and Southern Johor, and players will take turns to move pieces and engaging in battle by moving pieces into enemy-occupied hexes. The basic game is inspired by Stratego, a popular and simple game invented more than a hundred years ago, but advanced rules will keep the game interesting and challenging for experienced players. 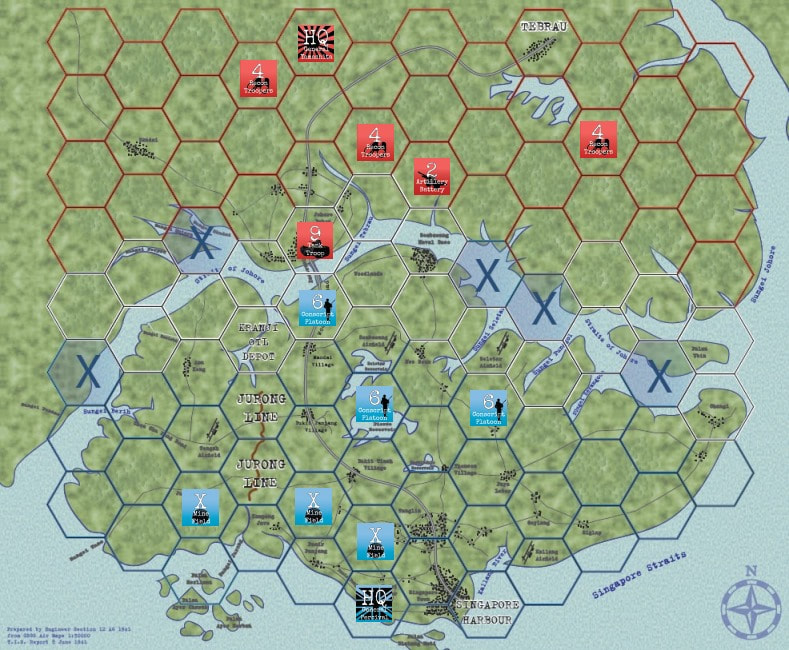 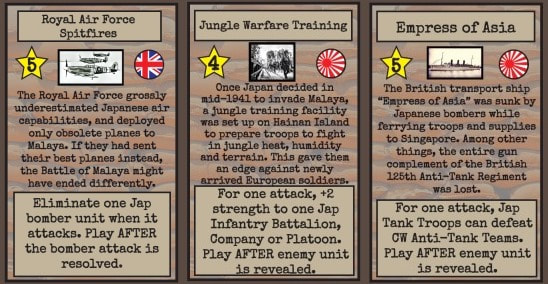 Players will learn about historical events through the gameplay and the map board, but the greatest learning value will be from the cards, all 30 of which reference specific actual events or individuals related to the Battle of Singapore. Text on the cards, as well as a linked website, will allow players to read about interesting facts concerning this momentous event in our nation's history.

Each card has a unique QR code which, when scanned, brings players to reference pages with more information about the historical event or character mentioned on the card, as well as clarification about how the card can be used. The full list of Political Cards and detailed info can be found here. 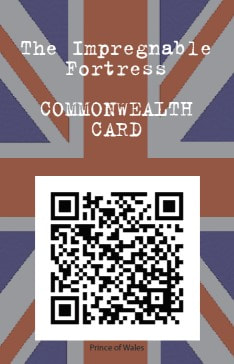 ​The game is simple enough for kids aged eight and above to play,
yet deep enough for adults, using the advanced rules.
The Impregnable Fortress is available at the National Museum Shop and selected board game retailers.
© COPYRIGHT 2017. ALL RIGHTS RESERVED.