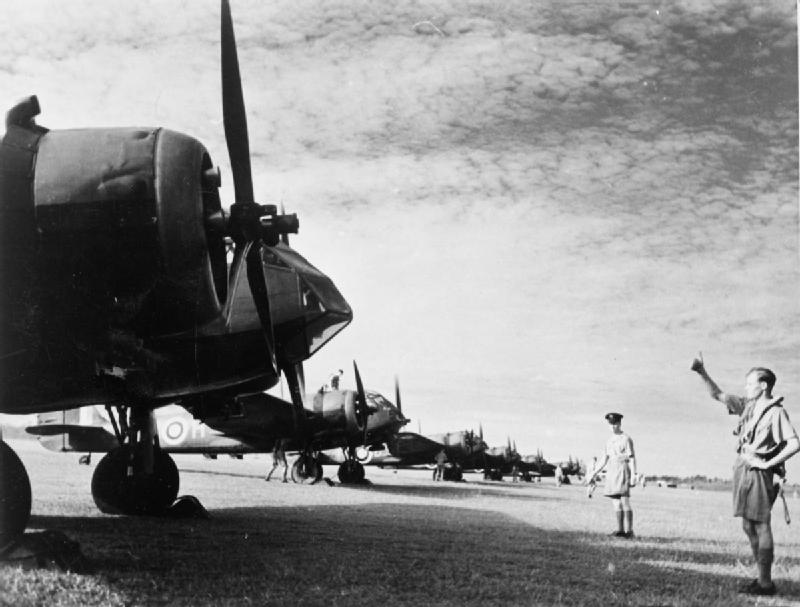 Bombers of No. 62 Squadron RAF lined up at Tengah, Singapore, before flying north to their new base at Alor Star, Kedah, Malaya.
Captain Patrick Heenan was attached to the squadron at Alor Star in late 1941.
Photo copyright belongs to the British Government. - Imperial War Museum online collection. Photo No. K 135/Collection No.: 4700-10
Captain Patrick Heenan was an officer in the British Indian Army, deployed to Malaya in 1941. He was accused of spying for the Japanese and passing on sensitive information concerning aircraft readiness numbers and movements, which allowed the Japanese to effectively destroy the Royal Air Force in Northern Malaya in the opening phases of the invasion. Heenan was captured by the British and executed in Singapore just before its fall. ​

Picture of the Japanese Card "Spies and Traitors"
Card: Japanese
Supply cost: 5
Game effect: When played, the Commonwealth player must immediately reveal the location of all remaining AA guns (strength 5) in the game. After the Japanese player has seen the location of these units, they are then turned back to their normal facing for the rest of the game.
© COPYRIGHT 2017. ALL RIGHTS RESERVED.