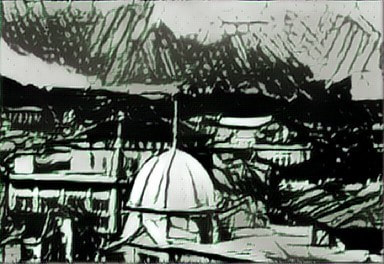 By the time Commonwealth forces were making their last stand in Singapore, Japanese troops were so close that they could bombard the island with artillery. This denied the use of airfields on the island to the Royal Air Force, which had to withdraw its remaining planes to other airfields further away. The result was that Singapore was exposed to constant Japanese air attack, and fires raged throughout the island.

One effect of the bombing was that water mains and pipes were damaged all over the island, leading to water leaking out and not reaching some parts of the city. These water shortages created conditions ripe for the spread of disease, amongst the dead and wounded that were already piling up due to the fighting.

This was one key factor contributing to Percival's decision to surrender - the situation was dire and the population, as well as his soldiers, were suffering greatly. 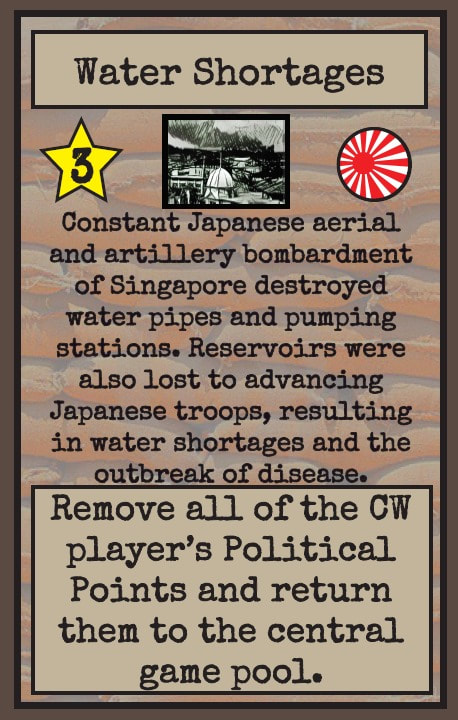 Card: Japanese
Supply cost: 3
Game effect: When played, this card allows the Japanese player to take all of the Commonwealth player's Political Point tokens and return them to the central game pool.
© COPYRIGHT 2017. ALL RIGHTS RESERVED.