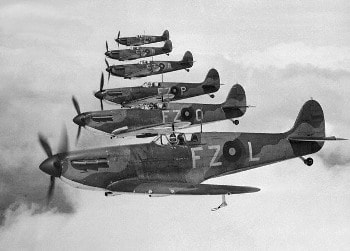 Royal Air Force Spitfires in formation.
Source: https://www.raf.mod.uk/bbmf/theaircraft/spitfirehistory.cfm
At the time of the outbreak of war with Japan in 1941, the Royal Air Force in Malaya was badly equipped to face the enemy. Pre-war estimates put the number of planes at 336 modern aircraft required to defend Malaya from Japanese invasion, and the number went as high as 566 as requested by service chiefs on the eve of the war. In actual fact, only 158 planes were available when the Japanese invaded, and most were obsolete planes that were considered unsuitable for the fighting in Europe or North Africa.

As a result, the RAF found itself completely outclassed by the Zero fighters of the Japanese Navy, and unable to stem the continuous bomber attacks that wreaked havoc on ground troops and destroyed the morale of the fighting men. 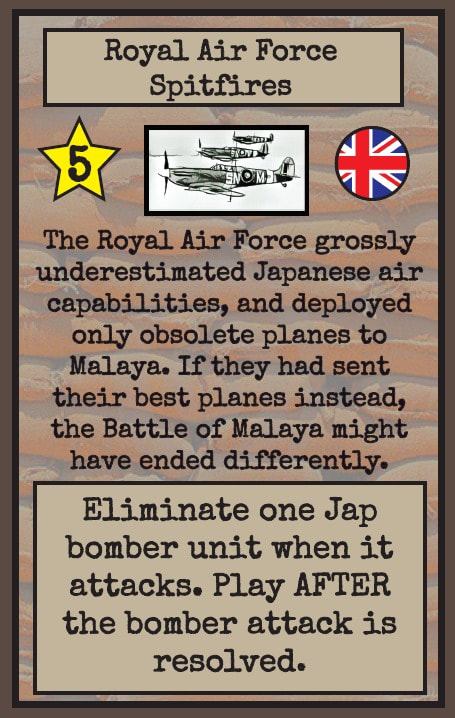