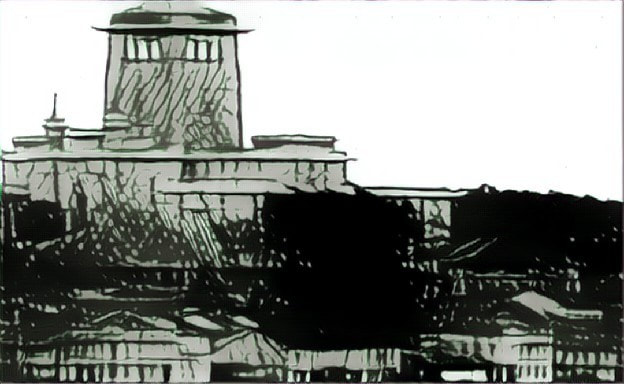 As the Japanese forces in January 1941 overran Malaya, the Commonwealth forces steadily retreated until they finally prepared for a last stand in Singapore. The causeway linking Singapore to Johore was blown up, and both sides settled down to regroup and prepare for the final battle.

At this point, General Yamashita chose to locate his headquarters in the palace of the Sultan of Johore, a grand building with a tall tower overlooking Singapore. It was an ideal vantage point for observation. Yamashita's subordinates cautioned him that the tower was exposed and an obvious target for British artillery, but Yamashita suspected that the British would not fire on it, as the Sultan of Johore was an old friend of the British.

Yamashita's instincts proved correct; Australia soldiers that spotted enemy movement in the tower requested permission to fire on it, but were denied time and again. Ultimately, by the war's end, no shots had been fired at it.