Britain was stretched on many fronts during 1941, fighting an air war over Europe with Germany, a naval war in the Atlantic and Mediterranean, and a ground war in North Africa. The most trained and experienced troops were sent to North Africa, where a fierce battle was raging to prevent the Afrika Corps from capturing Egypt and the Suez Canal. As a result, only poorly trained recruits could be spared to garrison Malaya and Singapore. Troops were hastily sent from India and Australia once war with Japan broke out, but they were not properly trained and they fared poorly in battle against the motivated and experienced Japanese infantry. 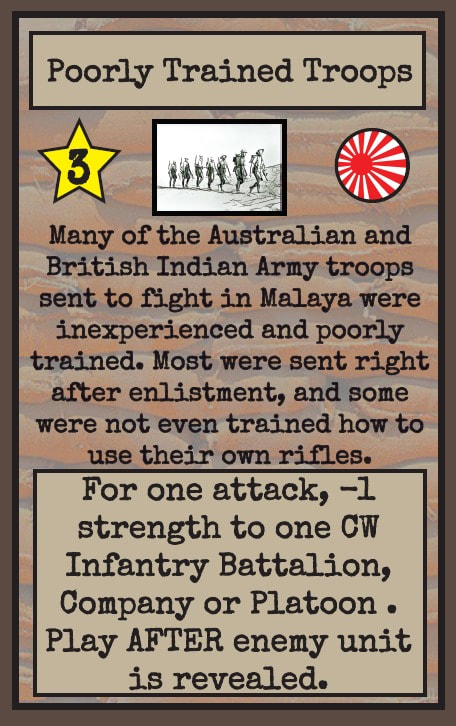