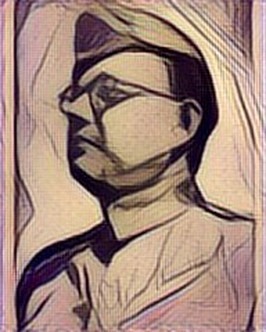 Subhas Chandra Bose, leader of the Indian National Army, which tried to fight for independence for India from the British.
Japanese forces, before invading Malaya, set up an extensive network of spies to collect information and to build underground support for the future invaders. One of the things they discovered was that Indians in Malaya were influenced by nationalists Indians who were pushing for India to be independent of Britain.

When the Japanese finally invaded, they recruited Indians who were sympathetic to them, and who were eager to take up arms against the British. Subhas Chandra Bose was the leader of the Indian National Army, which he founded to fight against the British colonial rulers.

The Japanese gave him public support, and Premier General Hideki Tojo, the Minister for War, even came all the way to Singapore in 1943 to inspect the INA along with Chandra Bose. 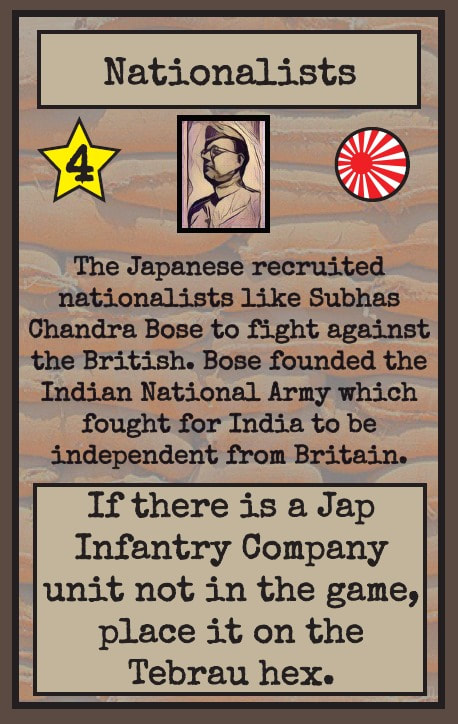