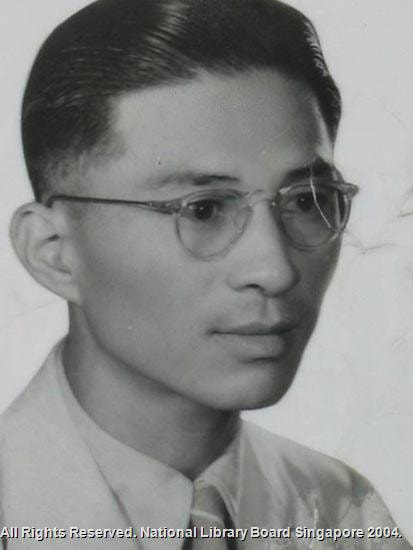 Photo copyright National Library Board.
Source: http://eresources.nlb.gov.sg/infopedia/articles/SIP_802_2004-12-28.html
Major-General Lim Bo Seng was a prominent Hokkien businessman who undertook active leadership in anti-Japanese activities during World War II. He is recognised as a local war hero in Singapore. He was involved in the recruitment of Chinese volunteers for Force 136, the British resistance force in Malaya during the Japanese occupation. While on a mission in Ipoh, he was betrayed and captured by the Japanese. He died in a Japanese prison within a few months. The Chinese Nationalist Government posthumously conferred upon him the rank of Major-General.

For more information about Lim Bo Seng, please see this article from the National Library Board:
http://eresources.nlb.gov.sg/infopedia/articles/SIP_802_2004-12-28.html​ 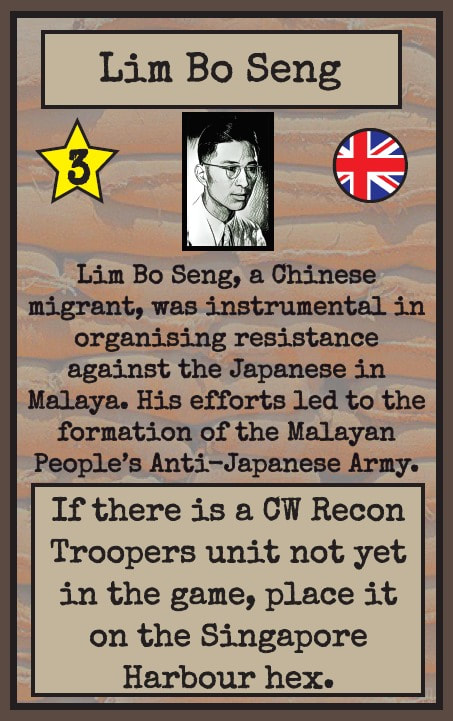