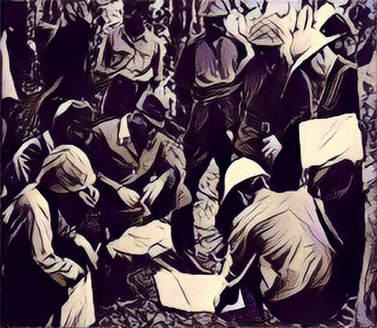 General Yamashita discussing strategy with his subordinates.
General Yamashita was a master tactician, and knew that the Commonwealth forces defending Singapore were sizable. He also knew the risks of an amphibious invasion, and was determined to draw off as many of Percival's troops as possible from the location where the invasion was to take place.

As such, he went great lengths to conceal his plans from Percival, and used deception to try to fool Percival into thinking that the invasion would occur in a different part of Singapore from where it eventually took place. Some tactics included generating an excessive amount of noise in the jungles opposite the eastern sector of Singapore, while being very quiet in the western sector. Empty trucks with headlights on were brazenly driven along the water front at night, heading eastwards, while they were then driven back westwards, with headlights off, in roads further inland.

This created the illusion of a massive troop and supply buildup in the eastern sector, resulting in Percival keeping a large force of his best troops, the British 18th Division, guarding the wrong part of Singapore, and the Australians being stretched thin at the point of the eventual invasion, the north-western part of the island. 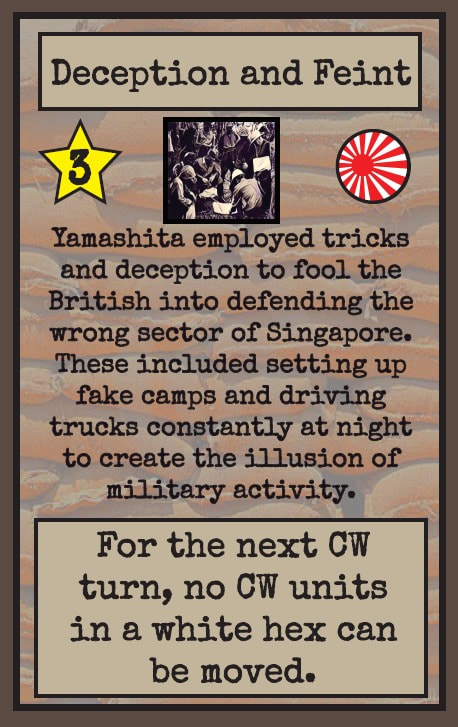