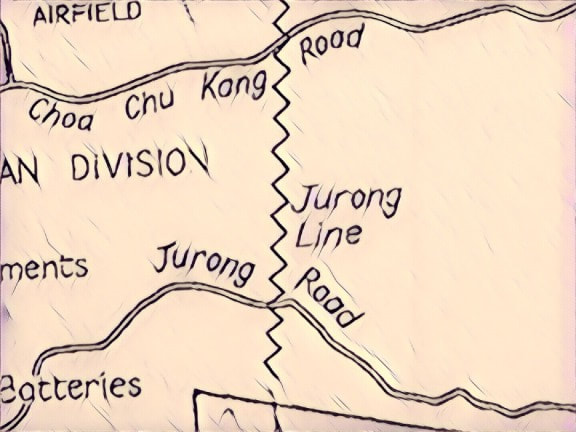 The Jurong Line, indicated on a map from 1941.
The Jurong Line was a natural defensive position running from the Kranji river in the north to the Jurong river in the south. Australian units were holding this line when the Japanese invaded Singapore from the north west. Due to confusion in orders from General Percival's headquarters, the Australians thought that they had been ordered to retreat from the position even though the Japanese had not yet attacked.

Because of this, a good defensive position was abandoned prematurely and under no pressure whatsover, wasting a chance to stop the Japanese advance. 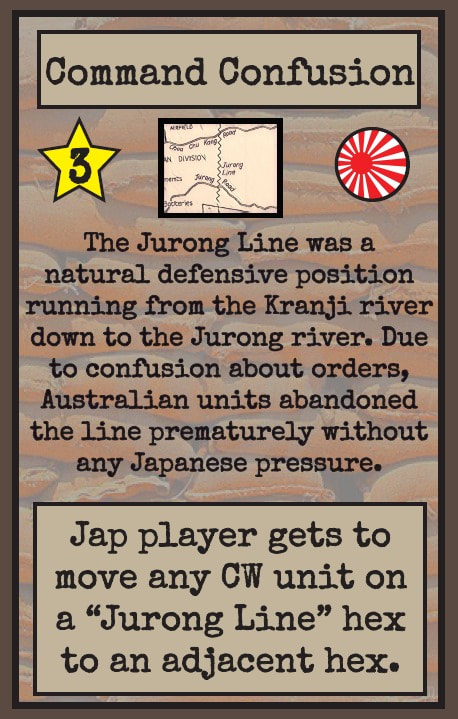