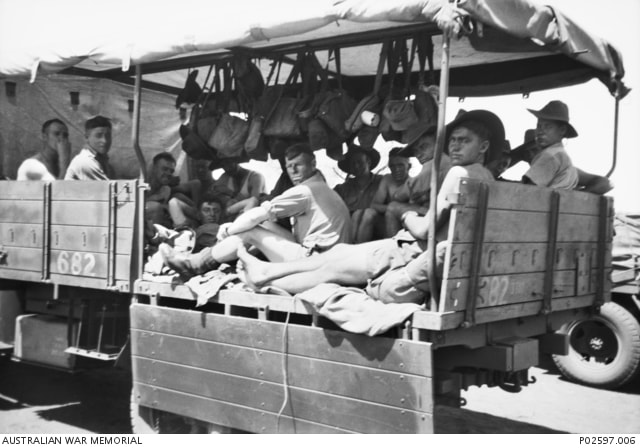 Troops from the Australian 2/4th Machine Gun Battalion travel on a truck from Alice Springs and Birdum, October 1941.
Source: Ramsbottom, John - This image is available from the Collection Database of the Australian War Memorial under the ID Number: P02597_006
The Australian 2/4th Machine Gun Battalion was a unit that arrived in Singapore just before the Japanese invasion in February 1942. The various companies of the battalion were scattered to support various defensive locations, with 'D' Company providing assistance to the 8th Australian Division. A heroic action by 13 Platoon at Lim Chu Kang road led to the award of the Military Cross for its platoon commander, who was badly wounded along with his men.
​​

For more information about the 2/4th Australian Machine-Gun Battalion, see this article from the Australian War Memorial site:
https://www.awm.gov.au/collection/U56173
And from Wikipedia:
https://en.wikipedia.org/wiki/2/4th_Machine_Gun_Battalion_(Australia) 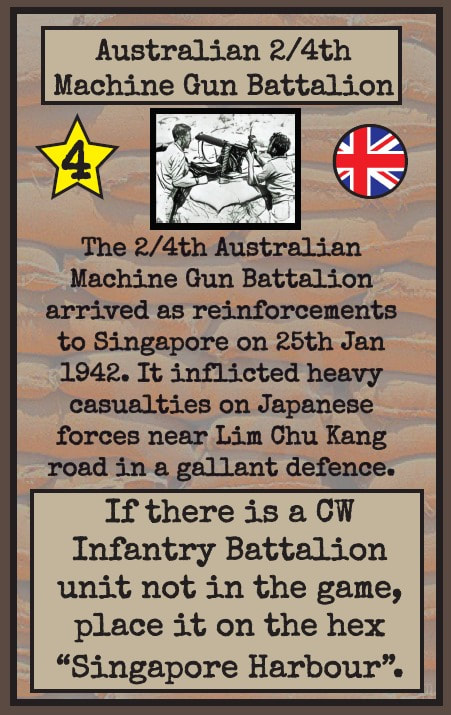