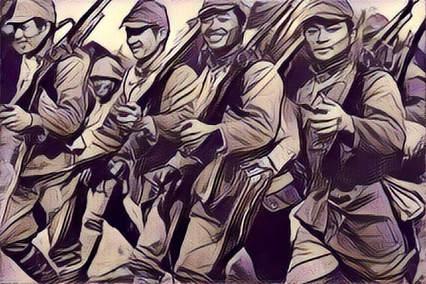 Japanese soldiers on the march.
General Yamashita invaded Malaya and Singapore with three divisions, the 18th Division, the 5th Division and the Imperial Guards Division. However, he had initially been allocated a fourth division as well, the 56th Division. Yamashita elected to leave the 56th Division behind in Japan, concerned that he did not have the logistics capability to support four divisions in Malaya, especially with the high-tempo, high-intensity combat strategy that he was to employ. In end, he was proved correct, as his three divisions were sufficient to capture Singapore, and even then, they nearly ran out of ammunition before they secured victory.
​
If things had gone badly for Yamashita in Malaya, it is probable that he would have called upon the 56th Division to be transported to Malaya as reinforcements for the three divisions already in the field. 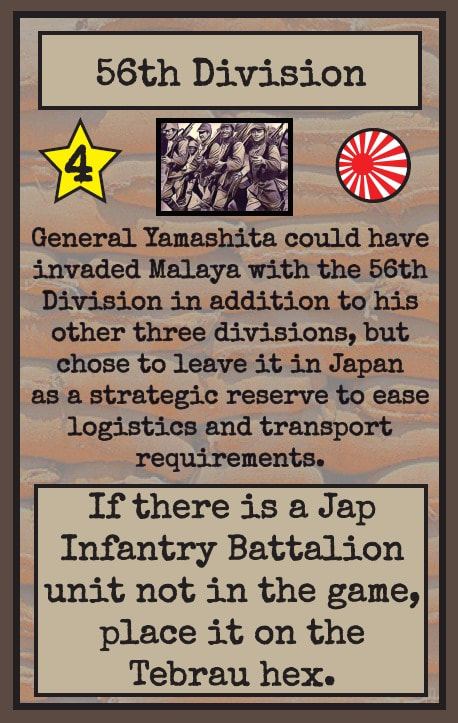