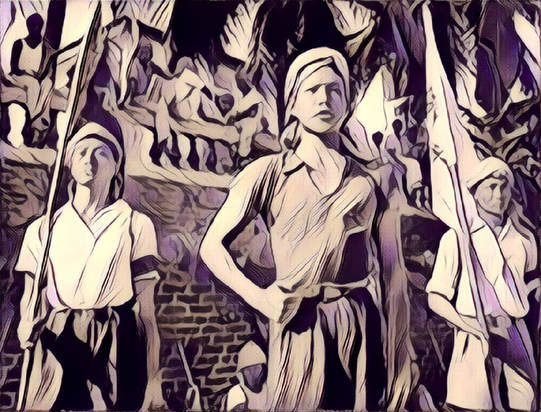 Dalforce, or the Singapore Overseas Chinese Anti-Japanese Volunteer Army, was an irregular forces/guerrilla unit within the British Straits Settlements Volunteer Force during World War II. Its members were recruited among the ethnic Chinese people of Singapore. It was created on 25 December 1941 by Lieutenant Colonel John Dalley of the Federated Malay States Police Force.

The unit was known to the British colonial administration as Dalforce, after its chief instructor and commanding officer, John Dalley, whereas the Chinese in Singapore only knew it as the Singapore Overseas Chinese Anti-Japanese Volunteer Army. This formation took part in the Battle of Singapore and some members conducted a guerrilla campaign against Japanese forces during the Japanese occupation.

The British noted how ferociously the Chinese volunteers in Dalforce fought, earning them the nickname "Dalley's Desperadoes". Dalforce was instrumental in the fighting during the first hours of the Japanese invasion of Singapore, being deployed to the frontlines due to their familiarity with the jungle terrain near the northern coast.

For more information on Dalforce, the National Library Board has a good article here:
http://eresources.nlb.gov.sg/infopedia/articles/SIP_765_2005-02-01.html 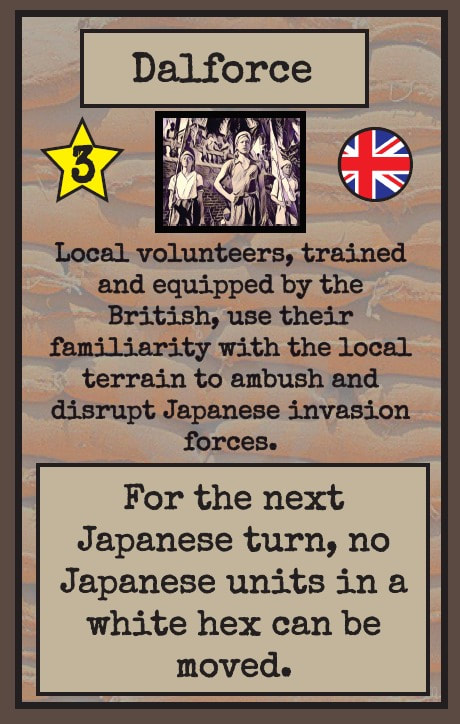