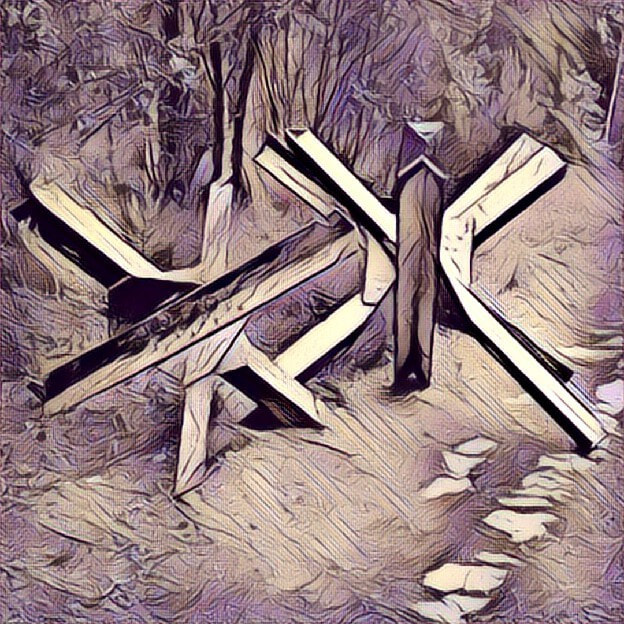 Steel tank traps, meant to impede the progress of tanks and, in some cases, to immobilize them
Brigadier General Simson, the British Chief Engineer, insisted to General Percival and General Bennett, the top Australian officer in Malaya, that anti-tank barriers should be erected along major roads and areas which Japanese troops would likely attack with armour. Both did not accept this, and Bennett reportedly commented that "Malaya Command sent Brigadier Simson to discuss with me the creation of anti-tank obstacles for use on the road... Personally I have little time for these obstacles... preferring to stop and destroy tanks with anti-tank weapons."

As a result, Japanese tanks moved swiftly from one location to another, attacking with great speed and surprise, preventing the defenders from gaining any solid defensive position in the campaign, routing them on a number occasions. 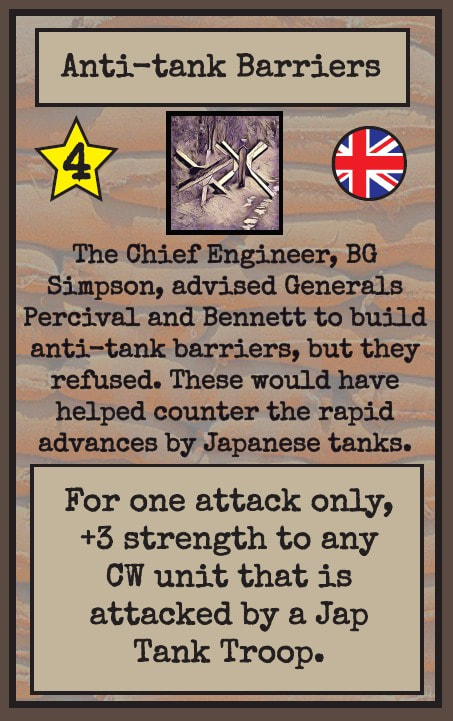